When You Walk By The Way Conference

I can’t believe it! Still no baby! I am so thankful to the Lord for His perfect timing though because I was hoping I would get to go to the annual OCEAN Network Conference. Isaac and I enjoyed all of the talks we went to as well as the time together and seeing friends we haven’t seen in a while. Dr. Voddie Baucham, Jr. was the keynote speaker. Of course he is “on fire” passionate to see Christian families training up the next generation, while using a ton of scripture along with statistics and such to motivate and inspire. He is such a charismatic speaker as well as transparent and down right funny! We really enjoyed all of his talks.

If you didn’t make it to the conference this year but still want to benefit from hearing a few of the seminars you can order CD’s though OCEANETWORK. At the conference they had the option to order the whole conference on MP3 for $75 also. If you contact them through their website you might still be able to get them.

This was my third of fourth year attending the annual home school conference here in Oregon and I would say it was one of the best if not the best so far. Usually the seminars are very educational/ motivational to give us home school moms tools and revive our hearts for another year. This year though I would have to say, while I am definitely more encouraged than ever to keep running the race, I also sat in on a couple of talks that were very convicting and showed where I have been living in sin. Mark Hamby gave three talks that totally spoke to my heart. They were titled “Laziness: There is a Lion Outside,” “The Strong Willed Parent,” and “Raise Them UP, Don’t Crush Them Down.” I am sure by the titles of these talks you can tell were I am going with this.

In the talk “Laziness: There is a Lion Outside” it wasn’t quite what I expected. He shared from his personal experience of being a perfectionistic and somewhat Obsessive Compulsive Personality how that has affected his parenting/ relationships with his kids negatively. He asked hard questions for me to answer like “How do you respond to your children when they sin?” Is it in “Anger?” Mark pointed out that God doesn’t “try” to catch us in our sin so why do we “try” to catch our children? We need to show the same grace to our children when they screw up or else they won’t know how to deal with God and receive his forgiveness when they sin.

Yes it is important to be raising up our children with a knowledge or right and wrong and discipiling them by our example on how to deal with our sin appropriately. We are parents for a reason and one of those reasons is to teach them about sin and how it corrupts us, our relationships with God and others. But how do we respond and react to their sin. Why do we try to trap them in their sin? Why do we dwell on their sin and take it so personally? God forgives us quickly! We need to practice Grace and Forgiveness like God does for us!

He used the example of asking a child to clean their room. He asked do you say to 4 yr old, “Johnny go clean your room.” And then go check on them 20 minutes “asking them did you clean your room” tempting him to lie to you. And then get mad at him when you find out that he did not do it. Then punish him for not cleaning his room as well as for lieing to you. Rather than saying to 4 yr old Johnny, lets go clean your room, going with him until he is old enough to stay focused on the task and get it done on his own. Why s that we are always asking the child “did you” when we know that they haven’t. He raised up the scriptural instructions to parents… “Fathers, do not exasperate your children; instead, bring them up in the training and instruction of the Lord.” Ephesians 6:4 Another word for exasperate used in other translations is “provoke.” That is exactly what we are doing when we are setting them up for the temptation of lieing to us as well as trying to catch them in their sin. We are provoking them. This is were I am totally convicted!

My personality type as well as my sin, don’t help me out much when it comes to Grace! I have always struggled with being a perfectionist. Everything needing to be clean and in its place and such. Often times my expectations get passed on to my children. In the aspect of me expecting perfect behavior and such. I used to struggle more with this than I do now, but still have such a long, long road to travel. I learned after my third daughter was born to not care as much about having the house perfect for having people over. I used to stress about having things not just picked up but in the proper place and having everything “perfect.” Since Megan was born I have realized that a life stressed out like that isn’t fun at all. It is stressful!

What I realized from Mark’s talks though is that I am often provoking my children by monitoring their behavior so closely and then making a big deal out of their sin. I wouldn’t like it if someone was constantly pointing out my sin. I would become depressed because it happens so often. I am not saying to not teach your kids about sin or discipline them when they do. I just realized I need to look at the situation first and ask myself if I tempted them or provoked them to sin and then took it so personally that I blow up. I need to be more careful of my first emotions.

One great quote I got from his talks that I need to share is this:
“Responsibility above Relationship = Frustration”
We need to practice having redemptive relationships with our kids because that is what Jesus did with us. Serve them! What do you do when you see your child’s faults? Do you dwell on it? “Out of the Heart, the Mouth Speaks!”

I am so thankful for this time God allowed me to have to be humbled and to learn about what the word says to parents about provoking. It totally opened my eyes to my sin! I hope that you take advantage of ordering at least a few seminars!

God Bless you on your journeys of discipleship towards your children! 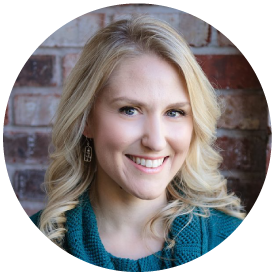